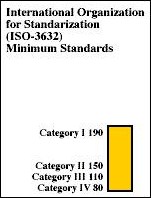 the crocetine esters that belong to the carotene group. Safranal is a volatile substance contained at high amount in the saffron spice. Saffron aroma depends on the sweet aroma of flowers existing at the beginning of harvest as well as on all spicy and intensive aroma alterations that take place as time passes by. These features are the effect of volatile substance alterations. Saffron quality is determined after a series of characteristic parameters for the spice itself (endogenous parameters) combined with necessary external or exogenous conditions (exogenous parameters). Physical and chemical parameters such as humidity, flower residue or foreign material and ashes content, soluble condensate, coloring power etc are considered to be endogenous parameters.

Adulterations and Laboratory Methods to Find Them Out

Due to its high value, saffron spice has been subjected to many adulterations throughout history. Saffron should be free of any kind of adulteration, namely metallic substances such as oils or molasses that increase its weight or even dyes that improve its appearance.

Thin layer chromatography has an average cost and is used for bacterial analysis even on large samples. If adulterations are detected by the TLC method, positive characteristics are detected trough high pressure liquid chromatography (HPLC) which is a more sensitive detection technique. Nowadays, the ISO/TS 3632,2003 recommends the use of this method for identifying saffron dye substances as well as for identifying acid water-soluble dye substances.

The HPLC method is used for the determination of three different elements:

Although The European Union has not yet specified the maximum limits regarding pesticide residue in spices, the Spanish law has established the HAR regulation (Highest Acceptable Residue) for a series of 430 pesticides in spices, in accordance with the unified law of April 2005. Fungicides and insecticides are among the defined pesticides with maximum limits varying from 0,01 mg/kg buprofezin to 400 mg/kg of inorganic bromide. Pesticide analysis takes place by applying the method of gas chromatography (GC) and preferably through mass spectrometry detection.

The microbiological method is not described in detail in the ISO/TS 3623,2003. The Spanish legislation is based on the Technical Health Regulation (RTS) for spice treatment, distribution and marketing because

no specified standards exist for saffron spices. According to the RTS, the existing limits of pathogenic microorganisms and their toxins should be below following highest limits:

The microbiological methods applied on Greek saffron for microbiologic load determination as well as for detecting ferment and coliform organisms (Escherichia coli) are defined by the ISO 4833, ISO 7954 and ISO 16649-2 respectively. One sample gram is being homogenized and separated in decimal solutions in order to tally the microorganisms that could be eventually present.